Wait, Yamoussoukro Is The Capital Of Cote d’Ivoire? 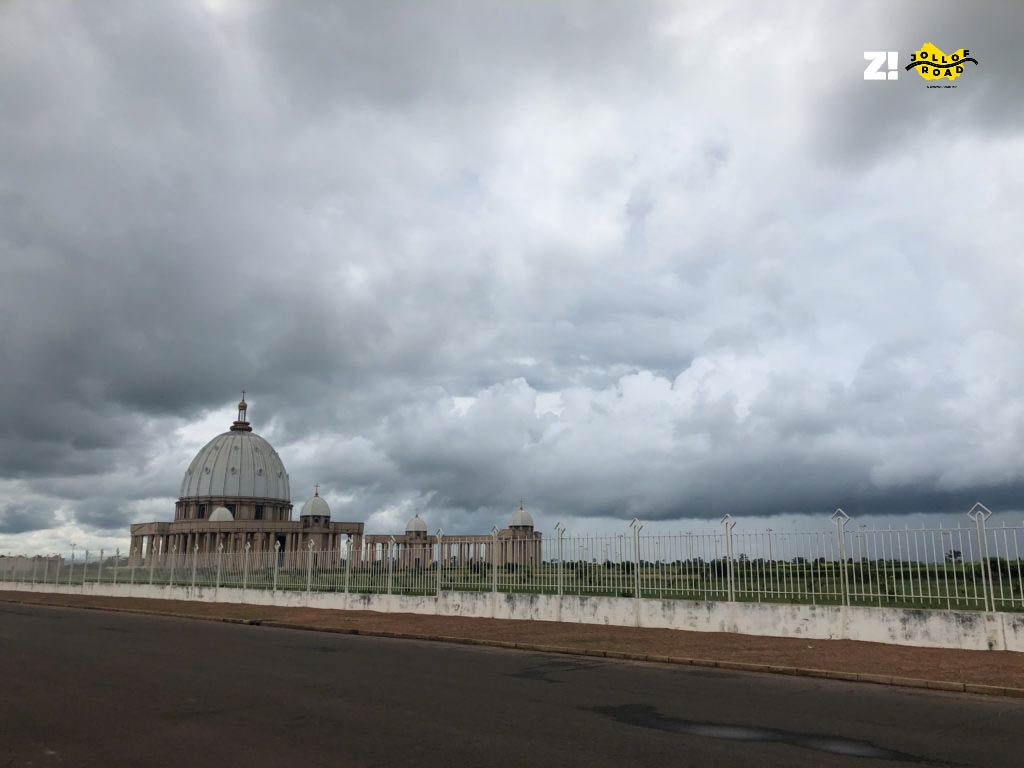 One of the most surprising things I learned when we got into Côte d’Ivoire was that Abidjan isn’t the capital. Yamoussoukro is. Turns out that Abidjan is the largest city in the country, so everyone refers to it as the economic capital while Yamoussoukro is the political capital. Kind of like Abuja and Lagos, except that Yamoussoukro and Abidjan are worlds apart. In fact, I’ve never seen a capital city like Yamoussoukro.

While Abidjan is full of hustle and bustle with all the trappings of a modern city – from traffic jams to one too many highrise buildings, Yamoussoukro is just well devoid of these things. The whole city is coated in that red dust we’ve grown accustomed to only seeing in small towns and villages. There’s a market, a couple of hotels and the Basilica of Our Lady of Peace which is said to be the world’s largest church. Aside these, there’s just not much else.

I don’t expect every city in Cote d’Ivoire to be like Abidjan (in the same way no other city is like Lagos in Nigeria), but for a capital city, the lack of development in Yamoussoukro is surprising. The fact that the seat of government is also in Abidjan probably doesn’t help.

The Basilica of Our Lady of Peace

I’ve never been to the Vatican or other places of worship so exquisite they’ve become more of a tourist attraction than anything else. Which might be why I was caught off guard when we were asked to pay 2,000 CFAs to get access to the Basilica and another 5,000, if we wanted to use our cameras. I was even more surprised when we got in and found out the fee with paid didn’t grant us tour guide privileges.

I was raised Catholic but in recent years I’ve drifted away from the church so being asked to pay to access a Catholic Church was ironic to me. Things got even more interesting when I was told my dress was too short and I couldn’t go in. There’s even a sign to that effect indicating that things like arms and pets are not allowed in the church and evidently women dressed like this.

Given that this is was what I wore I figured I was decent enough.

But the security guard was polite and the Catholic in me didn’t let me put up too much of an argument. We ran into two kind strangers who coincidentally happened to be Nigerians and the kind lady gave me her headscarf to tie around my waist which resulted in this funky outfit.

Here’s a little history about the Basilica. It was constructed between 1985 and 1989 and different reports put its costs at anywhere between $175 million to $600 million. The Basilica was a gift to the Catholic Church from Félix Houphouët-Boigny, the first president of Cote d’Ivoire, who upped the game for Catholics across the world. You might be Catholic enough to put an altar in your home but are you Catholic enough to use government funds to build a church?

According to President Felix, the Basilica is the greatest church in the world, and for what it’s worth, it’s breathtaking. The sheer enormity of it, the towering pillars and endless marble floors, every bit of the Basilica is designed to make you feel small.

At the time the Basilica was being built, Cote d’Ivoire was going through an economic crisis and the astronomical cost of it caused Pope John Paul II to only consecrate it on the grounds that a hospital be also built nearby. The Basilica was completed and consecrated in 1990 and the hospital in 2015.

So that no one could ever forget who exactly granted the funds for the building of the Basilica, President Felix had himself pictured at the feet of Jesus on one of the stained glass panels. I had an amusing time imagining how the conversation between him and the artist commissioned for the job went.

P.Felix: And on this panel, I want a picture of Jesus with his disciples at his feet but add me on too because well I’m funding this shit.

I guess if he gets to the pearly gates and gets asked for receipts of his good deeds he gets to show them this picture.

Today, we head to Man. Not for anything in particular, but just as a pit stop to break up the long trip to our next country stop – Liberia.