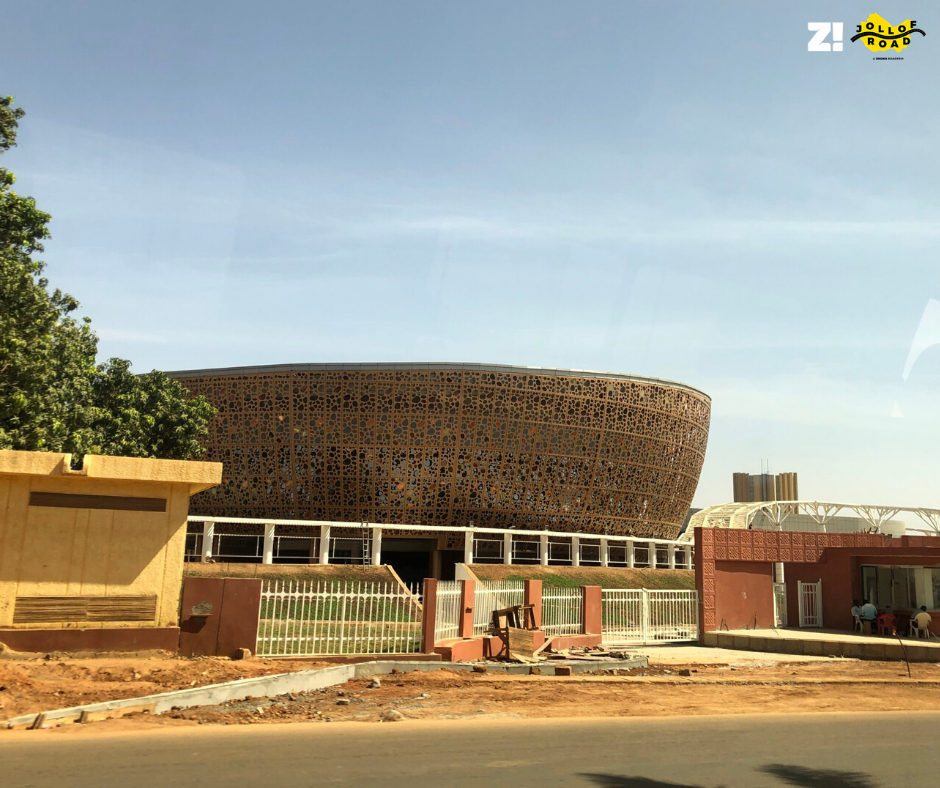 First of all, there’s a lot of red dust. It coats everything, the trees, the buildings, and even little kids playing in the streets. A good number of people wear face masks to protect themselves. And by midday, we were all sniffling and sneezing sporadically.

There are suddenly many people speaking Hausa. It’s spoken even more than French. One of the concierges at the hotel couldn’t even speak French and spoke only Hausa. The museum attendants we ran into spoke French to us when we made enquiries then promptly switched back to Hausa. We even ran into some Kanuri people.

Then, there are the power cuts. They are more frequent and longer than we’ve grown accustomed to. While being treated to a dinner of Thieb and fish by a gracious host in Niamey, the power went out. When it didn’t come back on in 5 minutes, Kayode made a joke about Niger trying to prepare us for home. We stayed 40 more minutes and the power still didn’t come back on. When we asked our hostess about how bad the power supply wass, she said it was a recent development. There were power cuts at our hotel too. It was hard to gauge how long they lasted because of the instant switch to their standby generator, but I witnessed the power go out at least three times.

We are also back on Nigerian time. We had been an hour behind Nigeria since Togo. We had all forgotten about the time difference until a couple of hours after we crossed the border. Captain told Fu’ad to check his watch which was still set to Nigerian time and we realised we were back in the same time zone.

If I closed my eyes for a minute, it’d have been easy to imagine I was in any state in Northern Nigeria. From nearby Sokoto to Kano. Of course, proximity plays a huge role in these similarities. They are both in the same terrain which means weather conditions are the same. There’s also a very large population of Hausa people.

Fun fact: Hausa is the largest ethnic group in Niger. 54.1% of Nigeriens are Hausa, that’s even more than Nigeria.

Large enough for directions to the museum to be in French, Hausa and English. In every other francophone country, the signs are hardly ever even translated to English, French is all you get.

There’s a lot of bronze, silver and nickel between Mali and Niger. We are not sure where it comes from but in each market, we’ve stopped in since Bamako, we’ve run into artisans making everything from jewellery to key holders out of these metals. Jewellery is the most popular. Everywhere we turned, we noticed people wearing the prettiest bronze or nickel rings, bracelets earrings. It was hard to resist, so we indulged and got the cheesiest thing we could think of. Bronze bracelets engraved with our names and JR19.

We are the closest we’ve ever been to home now. Today, we pass through the last border, get our last stamps and finally enter Nigeria after 74 long days. There are still 6 days left on the trip , but just making it across the Nigerian border feels victorious. We get to say we did it. 80 days, 14 countries, 5 people and 1 bus.