A Tale Of Generous Hosts, Jollof And A Strip Club 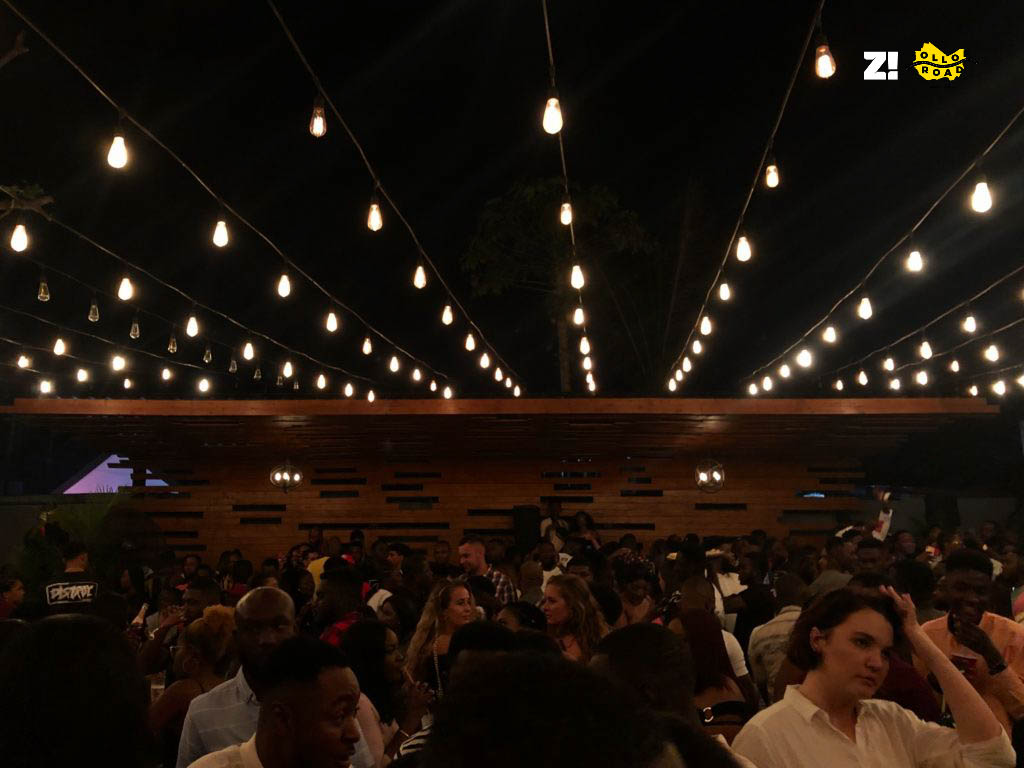 For all of their many qualities, Nigerians aren’t exactly the most welcoming people. We are rude and brash and have very little tolerance for JJCs. Which is why I’m still blown away by the absolute generosity of every Ghanaian we’ve come across.

Starting right from our second day here, where a Ghanaian not only decided to host a Nigerian Independence Day party just to show us some love but didn’t blink an eye when four strangers gatecrashed it, ate her food, drank her booze and stayed way past their bedtimes.

It was at this party we met Binta. We got into a conversation about Jollof Rice with Binta. Per our obligations to our country, we made the bold declaration that Nigerian Jollof is the best, even though Ghana is only our third stop. We went on and on and Binta went ‘Imma let y’all finish but I make the best Jollof in the world’, and she wasn’t kidding. Instead of engaging in a war of words with us like a Nigerian she graciously invited us to her home to try it.

Let me tell you a little about Binta before we get into her Jollof. She’s a Sierra Leonean with Malian and Fulani heritage who lives in Ghana and pops into Nigeria every other week. If West Africa had a poster child she’d look like Binta.

Binta’s culinary style is called ‘Dinner on a mat’. She serves the food on a large tray and we sit round on mats and dive in with our hands after washing them with lime. Her Jollof is called Man O River influenced by the Jollof made in Sierra Leone, Guinea and Liberian. Instead of rice, she used Fonio and ancient grain that had been around for hundreds of years which we were all a little sceptical about at first because Nigerians love their rice and what’s Jollof without rice. Turns out rice in Jollof rice? A little overrated.

I could go on and on, waxing poetic about Binta’s Jollof but let me give you a quick visual first. Here’s a before of the tray of food five people ate.

And here’s the same tray an hour later.

Every bite of the Fonio was a burst of spices and flavours in our mouth. According to Kayode, the tray was culture. Which pretty much means it changed his life The lamb was cooked to perfection and for people who only just heard of Fonio for the very first time, it was love at first taste.

The perception of bikers I’ve always had was fueled by  pop culture. In the books and movies, I read they were big bad tough guys who you won’t want to hang with. That didn’t stop me and the rest of the gang from tailing a group of bikers to a club to hang out with thirty minutes after meeting. Perhaps because our first contact was with Darko who looks nothing like the part. Darko is a Ghanaian biker who has been biking since he was 17. All he needed to hear to invite us to the club the night we met, lunch the next day at the only Harley Davidson workshop in West Africa and another club and strip club the next night was to hear our tale of being 5 adventure lovers on this crazy trip called Jollof road looking for stories everywhere.

Harley Davidson is so deeply rooted in American culture that even walking into the one in Ghana feels like you just walked into a porthole and landed in the overseas. We got a tour, a chance to take semi-badass looking photos on bikes that cost a whole lot more than our annual salaries combined, and had cakes smoothies and croissants for lunch courtesy of our new friends.

A Bloom Bar and a strip club

We started our night crawl with Darko at Bloom Bar, a nightclub that felt a lot like Lagos because 80% of the music being played was Nigerian. I only remembered we weren’t in Nigeria because there was not a Gbese or Zanku in sight when Zlatan came on. The crowd also got way more energetic when a Ghanaian song came on. I asked Darko why they didn’t just play more Ghanian songs since the crowd seemed to love it more, and he said that even though Ghanaians love Nigerian songs they vibe different with Ghanaian songs because they speak and understand the language.

We left Bloom bar meaning to head to Twist, another club, but nobody in the gang except me got the memo that we were having a night out. So while I was dressed appropriately in my too short skirt and cute heels, Kayode’s sweats and Tosin’s sneakers ensuresd that trying to get in would have ended in disgrace. Which is the story of how we ended up in a strip club.

I had mentioned to Darko in passing that I was curious about how Ghanaian strip clubs looked and he decided to fuel my curiosity before we left for Abidjan. The fact that the name of the strip club was ‘Hot Gossip’ and it looked like a place where they sold food might give you an idea about the kind of strip club we were at.

Before we leave Ghana I’m going to make a tally of the number of times we got free food stacked against the number of times we had to pay for it. I’m pretty sure free food will take the lead. We’ll be sending thank you notes because we are raised right but to Binta, Sherifa, Kelechi, Michael, Darko, Moshood and very single Ghanaian who opened up their homes, hearts and wallets to us. We say a Medaase(thank you).